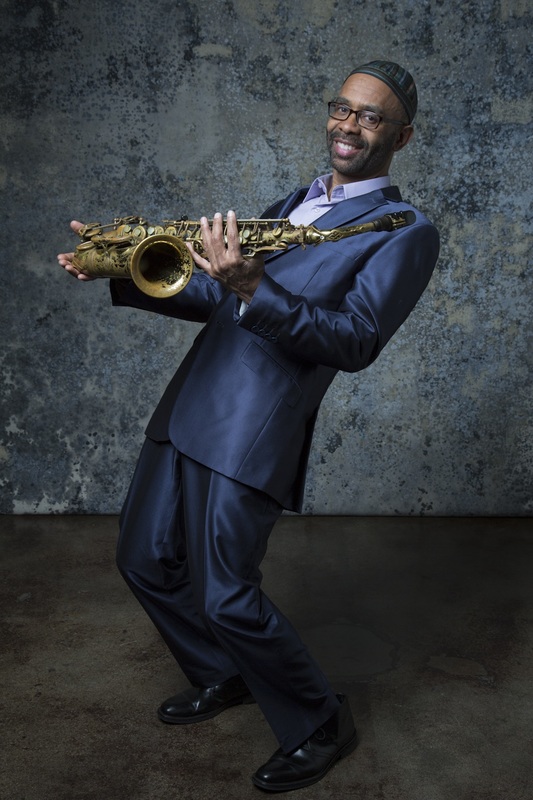 For more than 30 years, Grammy® Award-winning saxophonist, arranger, composer, and bandleader Garrett has garnered critical recognition for his versatility in jazz, blues, and R&B contexts. The Detroit native began his career performing with the Duke Ellington Orchestra and Mel Lewis Orchestra. In the early 1980s, Garrett began working with Miles Davis, becoming a member of Davis’ working group – a collaboration that lasted for five years.
With more than twenty recordings as a leader as well as appearing on more than 230 as a sideman, Garrett has performed and recorded with a multitude of musical icons, including Art Blakey, Herbie Hancock, Ron Carter and Q-tip, among others. Garrett maintains a prolific touring and recording schedule with his own band as well as the world’s most acclaimed jazz legends. In 2008-2009, Garrett joined Chick Corea and John McLaughlin’s supergroup, “Five Peace Band,” featuring label mate Christian McBride and Vinnie Colaiuta (later Brian Blade). The group’s eponymous album won a Grammy® Award in 2010. Additionally, he was a featured member of Corea’s “Freedom Band” (2010), that included Christian McBride and Roy Haynes.
Garrett’s most recent album, “Do Your Dance” was inspired by audiences moved to rise from their seats and ‘lift a foot!’ According to Garrett. “Some are reluctant to participate because they think that others are better than they are. I tell them, ‘Do your dance.’ That means even if you have to ‘stay in the pocket,’ do the Funky Four Corners or the Nae-Nae, don’t worry about what the other person is doing. Let it all hang out and ‘do your dance!’ “Pushing the World Away” (2013), features the band that he’s mentored for the past few years, Corcoran Holt, McClenty Hunter, Vernell Brown, Benito Gonzalez, Rudy Bird, Marcus Baylor, Mark Whitfield Jr and received a Grammy® nomination for “Best Jazz Instrumental Album”. Garrett’s “Seeds From The Underground” won the 2013 Echo Award (German Grammy) for “Best International Jazz Saxophone Performance”. In June 2016 Garrett’s next recording, “Do Your Dance” will be released by Mack Avenue Records.
In 2011 Garrett presented the commencement address at Berklee College of Music and was awarded an honorary doctorate of music by that prestigious institution.