DETROIT – The Detroit Jazz Festival presented by Rocket Mortgage attracted a virtual global audience of nearly one million listeners/viewers during Labor Day weekend. Jazz enthusiasts — from across the country and in more than 30 countries – enjoyed the first-ever virtual live jazz festival, streamed and broadcast for free.

The Festival featured more than 40 hours of live/real-time continuous jazz programming, including live performances from Detroit-area artists as well as special sets from jazz luminaries like Pharoah Sanders and Robert Glasper.

All live performances were streamed and broadcast for free on the Festival’s social media channels (Facebook Live, Instagram, YouTube, website) and on Channel 22, Detroit’s new Arts and Entertainment Channel, Detroit Public Television, WRCJ 90.0 FM, WEMU 89.1, WDET 101.9 FM, and WJBK FOX 2 (via fox2detroit.com). In addition, the festival was made available on the proprietary Detroit Jazz Fest LIVE! app, available on the App Store and Google Play.

“This was a tremendous opportunity to showcase our Detroit world class talent and our Detroit sound to the global jazz community,” said Chris Collins, President and Artistic Director of the Detroit Jazz Festival.

“Looking back, we can now truly appreciate the cultural event we created for the worldwide jazz community and all of the effort to keep our mission of free jazz alive during a global pandemic that sidelined most of the other major music festivals around the world,” said Collins. “We’re humbled by the support we received to make the Detroit Jazz Festival presented by Rocket Mortgage happen this year and especially thankful for our Angel of Jazz Gretchen Valade, and everyone else who helped us achieve what is considered an unprecedented moment in jazz history.”

The Rocket Community Fund is the philanthropic arm of the event’s presenting sponsor, Rocket Mortgage. Its Community Sponsorship team aims to support inclusive events and programming like the Detroit Jazz Festival that attract diverse audiences, spark new connections between people, place and culture, and contribute to the economic growth of Detroit. Rocket Mortgage has presented the Detroit Jazz Festival, the world’s largest free jazz festival, for the past four years.

“We are so thankful that we could put on this virtual event safely,” said Jasmin DeForrest, Director of Community Sponsorships at the Rocket Community Fund. “In the wake of the pandemic, it was clear that the global community needed a way to gather and celebrate. This festival provided that opportunity for nearly a million people around the world. We are making history.”

The event organizers believe elements of this new virtual format will be incorporated into future Detroit Jazz Festivals to maintain and foster the Festival’s “new” global audience.

“While nothing can replace live in-person jazz performances, we’re already in planning mode for next year and looking forward to capitalizing on the Festival’s expanded prominence through our continued investment in streaming and broadcast technologies,” Collins said.

The Detroit Jazz Festival Foundation is also full steam ahead with its mission and year-round planning. Activities include:

Under the leadership of President and Artistic Director Chris Collins, the Detroit Jazz Festival Foundation is an independent, non-profit organization that presents jazz and educational workshops throughout the year. The Foundation produces the Detroit Jazz Festival, which is the signature event for the Foundation and the largest free jazz festival in the world. The Festival is also a major tourist attraction for the City of Detroit, with 26 percent of its audience coming from out of state. For more information, visit detroitjazzfest.org.

The Foundation receives grant funding from the Kresge Foundation, Fred A. and Barbara M. Erb Family Foundation, National Endowment for the Arts, Michigan Council for Arts and Cultural Affairs, Arts Midwest, D’Addario Foundation and Carolyn Wanzo and the Purify Wanzo CTAA Endowment at Wayne State University. Hundreds of individuals also contribute to the Festival through membership and donations.

Quicken Loans moved its headquarters to downtown Detroit in 2010. Today, Quicken Loans and the Rock Family of Companies employs more than 19,000 full-time team members in Detroit’s urban core. The company generates loan production from web centers located in Detroit, Cleveland and Phoenix and operates a centralized loan processing facility in Detroit. Quicken Loans ranked highest in the country for customer satisfaction for primary mortgage origination by

Quicken Loans was once again named to FORTUNE magazine’s “100 Best Companies to Work For” list in 2019 and has been included in the magazine’s top 1/3rd of companies named to the list for the past 16 consecutive years. In addition, Essence Magazine named Quicken Loans “#1 Place to Work in the Country for African Americans.” 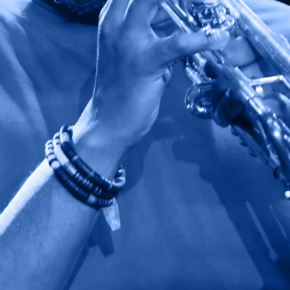